BDIX connected gaming/FTP/Movie/media server? How can your start your own!

How can I build my BDIX connected gaming/FTP/Movie/media server?

How can I host a BDIX connected gaming/FTP/Movie/Media server at XeonBD’s Bangladesh data center? – Now it is a very common question that we used to have from our different customer, as we are having our own physical data center in Bangladesh. So, today we have decided to explain the matter little more here in this blog post.

A gaming server is actually made for the run a game or more than a single game with multiplayer, for example – a server that hosts a game so you will run it in multiplayer mode, a server that runs a website for a community and etc. For more specification we can say, it’s actually a local or remote server used by game clients to play multiplayer games.

The server needs to serve the client in order to give him the service, such as playing online with more people, and in this example, the server “connects” between the people even though they are not connected to each other, all of them are connected to the server.

How does it work?

The most popular multiplayer games like World of Warcraft, Call of Duty or Mine craft, as well as thousands more online games, work basically the same way. Players install a “client” for the game on their computer and then connect to the game servers via an internet connection. There are several different servers that are required to play these games.

Before you can actually start playing, you need to get into the game. So you need login servers. Whenever you are trying to connect, the login server is confirming the data of your account in the database to know who you are. After you select a character from your character list, the login server acts as a road sign, guiding you to the correct game server.

These servers are generally distributed around the world as it guarantees access to the game even if one of the login servers is not available. If a server fails, players can still enter the game through the other servers.

A gaming host or server is a platform that is a good source of events in popular multiplayer video games. Let’s know about different types of these servers.

What is a gaming client?

In today’s world, online gaming becomes most popular and turned to a growing industry, but one that is slowed by cheating that compromises the gaming experience and hence drives away players (and revenues).

The Game client is software which can be downloaded or purchased, and then can be installed on the computer of the player. Once installed, the player can start the client.

Many clients can connect to the server at the same time, and will maintain an overview of the game world. For individual video games, each client has its own video game unique perspective of the world. Most customers are “hybrids” of the game client-server architectures and peer-to-peer. A video game is a computer program created for entertainment, based on the interaction between one or more persons and an electronic device that executes the video game, there are a different kind of electronic devices in this marketplace, it can be a computer, an arcade system, a game console, a handheld device or mobile phone.

After having checked the data of a player, the client is connected to the game server. That’s where the game happens. Games with very large maps host a game world on multiple servers.

Game servers also regularly send customer data checking if the player is still online. If they do not get a reaction, the character will be “kicked” from the game.

The most problematic part is the connection between the game server and the client, because we can’t influence it. The only thing we can do to get a faster and more efficient connection is to choose a good data center that has connections to a large number of providers. In this way, the connection can be quickly diverted if a provider does not work correctly.

High latency – or lag – translates to delay in games, because the time it takes for a data packet to reach the server and return to the sender is too large. The lower the latency, the lower the likelihood of game crashes for a client.

This means that the distance from the server can hinder jitter – the latency oscillation. If the data has a large send and return oscillation, the quality of the game will be affected (the lines of the virtual characters are cut off, for example). So, ultimately if you are in Bangladesh using an ISP which is having BDIX feature and playing your online game by connecting to your gaming server which is hosted in XeonBD’s Bangladesh data center you don’t have to worry about such latency or lag issue at all.

Lastly, as per your gaming server requirement, you can choose the Operating System of your server at XeonBD to build your own BDIX connected gaming server.

Also, to learn more about our FTP/Movie/Media Server Hosting don’t forget to check out our another blog post What is a FTP Server? Advantages of XeonBD’s BDIX FTP Server hosting plan. 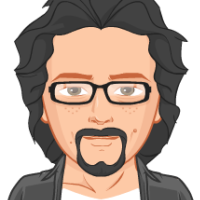 How can I build my BDIX connected gaming/FTP/Movie/media server?