What is brute force attack?

Brute force attack (also known as a dictionary attack) is one of the most common (and least subtle) attacks conducted against Web applications.  The aim of a brute force attack is to gain access to user accounts by repeatedly trying to guess the password of a user or personal identification number (PIN).

Usually, Brute force attacks may be used by criminals to crack encrypted data, such as passwords or Data Encryption Standard (DES) keys or by security analysts to test an organization’s network security through exhaustive effort (using brute force) rather than employing intellectual strategies. Along with the threat of unauthorized access these programs target specific services such as FTP, SSH, and RDP (Remote Desktop Protocol) because they are the most common services seen on servers.

There are two types of brute force attack:

How Do Hackers Use Brute Force Attacks Against Websites?

Brute force login attacks can be conducted in many ways. If the Web application does not have any protections in place against this type of attack, it’s possible for automated tools which are readily available on the Internet in a matter of seconds to submit thousands of password attempts and making it easy for an attacker to beat a password-based authentication system.

WordPress sites are common victims of such kind of brute force attacks as hackers are able to gain control of the publishing platform and then utilize it for malicious purposes. With a brute force attack on WordPress websites, a hacker attempting to compromise your website will attempt to break into your site’s admin area by trial and error, using thousands of possible username/password combinations.

Usually, hackers write simple scripts, called bots, that carry out thousands of these break-in attempts against websites on auto-pilot. Typically, these bots are custom-written by the attackers and designed to be easily distributed over several hacked machines. These groups of botnets or bots with other commonly accessible tools that either generate thousands of passwords or use a word-list. The latter is often referred to as a dictionary attack, because of their dependence on “dictionaries” or long lists of words to try to a list of passwords and/or usernames on your website.

However, if the attacker is using a botnet, IP addresses can vary for this kind of attack, so it’s important to be able to recognize other clues, such as logins from the same IP address with multiple username attempts , logins for a single account coming from many different IP addresses, excessive bandwidth consumption over failed login attempts from alphabetically sequential usernames or passwords and the course of a single session.

Once attackers have gained access to your website, they can use its files and the web host server to cause a wide variety of damage through malicious behavior, including:

In the vast majority of cases, the motive behind brute force attacks is to gain privileged access to restricted data, applications, or resources.

How to protect a website from Brute Force Attacks:

It is important to ensure the Web application employs at least one of these techniques for defending against brute force attacks if your users are to trust the security of their personal data. Using the techniques outlined in this article should provide a robust defense against this common type of attack.

Most brute force attacks work by targeting a website, typically the login page, with millions of username and password combinations until a valid combination is found. The same concept can be applied to password resets, secret questions, promotional and discount codes, and/or other “secret” information used to identify a user.

To perform a brute force attack, we need to do a few things: 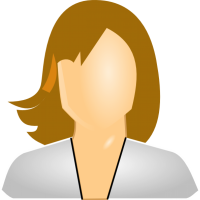 What is Captcha? Why you should use reCaptcha on your website?
December 1, 2017
How Imunify360 firewall works
November 6, 2017
Why is team XeonBD best for your developing your web application?
October 29, 2017
You are reading